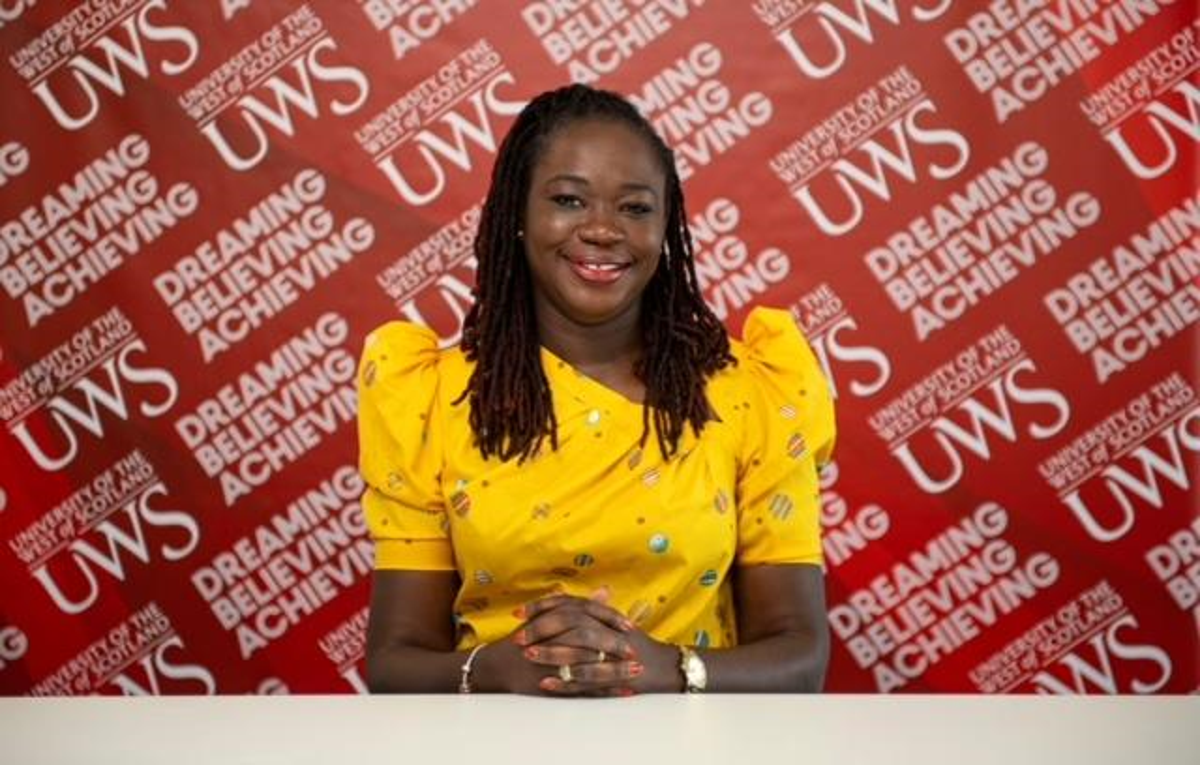 A Nigerian born Yekemi Otaru popularly described as an inspirational entrepreneur renowned for her passionate commitment to equality, diversity and inclusion has been named University of the West of Scotland’s (UWS) Chancellor-elect.

Yekemi Otaru, a tireless passionate supporter of women in business and an active mentor of business owners in the world’s poorest countries, will formally take up the role of Chancellor at the University of the West of Scotland on 1 September 2021, succeeding Dame Elish Angiolini.

A geologist turned inspirational entrepreneur, is the first black person to occupy  such a prestigious position in the history of the University.

Yekemi holds four degrees and has considerable industrial experience in engineering and marketing. She is Co-Founder and Executive Director at Doqaru Limited, a prominent Aberdeen-based sales and marketing consultancy.

Yekemi is also a board member of Interface, which connects a wide range of organisations from national and international industries to Scotland’s universities, research institutes and colleges, matching them with world-leading academic expertise to help them grow. A bestselling author and social media expert, Yekemi is also known for her innovative use of platforms such as LinkedIn.

As Chancellor, Yekemi will hold formal powers to confer degrees, diplomas and other academic distinctions, and will represent UWS at key events as an advocate and dignitary.

Yekemi said: “I am honoured to have been appointed Chancellor-elect of University of the West of Scotland, following in the footsteps of a remarkable individual in Dame Elish Angiolini.

“We are all living through challenging times, and higher education plays a vital role in society and for our economy. I eagerly look forward to being part of the University, as it continues to carry out world-class research and knowledge transfer initiatives such as in the areas of healthcare and sports science.

Now is the perfect time for me to be joining the University’s journey in inspiring and educating the next generation of graduates, equipped with the skills needed to help society recover from the pandemic.

Professor Craig Mahoney, Principal and Vice-Chancellor at UWS, added: “I am delighted with Yekemi’s appointment as the University’s Chancellor-elect. Yekemi’s values very much align with those of UWS, from her passion for advancing equality, diversity and inclusion (EDI) to her commitment to enterprise, and her appointment is reflective of our strategic mission to make a positive difference to wider society.

Yekemi is a remarkable example of entrepreneurship and a tremendous role model for our students and wider University community. I am delighted to welcome her to the UWS family.

“I would also like to pay tribute to Dame Elish Angiolini, who has been an outstanding Chancellor and ambassador for the University. I am deeply grateful for the committed and inspirational role she has played in our UWS community.”

The appointment represents another important moment in UWS’s history, as the role of Chancellor passes from one major figure to another.

Dame Elish, who steps down from the role, said: “It has been a great honour to represent UWS as its Chancellor, and I have truly enjoyed each one of my eight years in this role. Yekemi has my very best wishes and I am sure that she will enjoy being part of the very welcoming UWS community.”

Ellie Gomersall, President of the Students’ Union at UWS, said: “Yekemi is a great fit for the role as Chancellor of the University. UWS is a 21st century university and, with Yekemi’s impressive background in social media and as a woman in engineering, her modern approach will be really welcomed. I look forward to having the opportunity to work with her and see what we can achieve together.”

Yekemi’s appointment comes at an exciting time for UWS, and follows last year’s launch of Strategy 2025 – a bold vision laying out the foundations for the University to achieve even greater excellence on the world stage.

The institution is implementing a range of sector-leading innovations in learning and teaching and world-relevant research, while its reputation in widening participation and EDI continues to grow.

The recent THE Impact Rankings revealed that UWS is Scotland’s leading university for reducing inequalities; and a Scottish Funding Council report listed the University as the best in Scotland for widening access for the seventh year in a row.