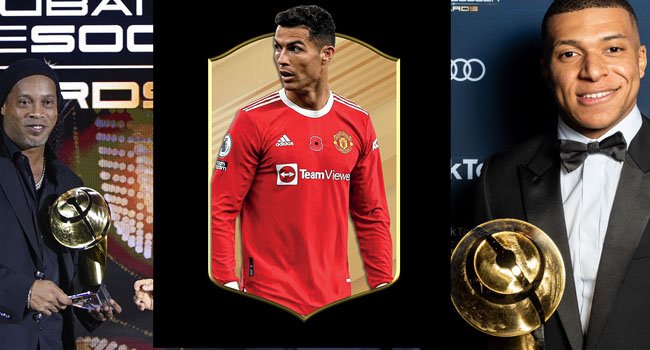 French forward Kylian Mbappe has won the Best Men’s Player of the Year at the Dubai Globe Soccer Awards on Monday.

The 23-year-old Paris Saint-Germain (PSG) star scooped the prize in a ceremony at the Armani Hotel.

According to Channels Television:“It is a big achievement for me. I want to say thank you to my club Paris Saint-Germain, who believed in me these past five years, even better this season,” he said after he was handed the award.

“To my national team; to all the people who nobody knows who work with me, who help me a lot; to my family, they are there with me, always with me.”

Last season, Mbappe scored 27 to emerge as the highest goalscorer in Ligue 1 although his form did not stop PSG from finishing as runners-up to Lille.

Aside from him, other winners at the 12th edition of the awards include Cristiano Ronaldo, Robert Lewandowski, and Ronaldinho.

Women’s Club of the Year – Barcelona