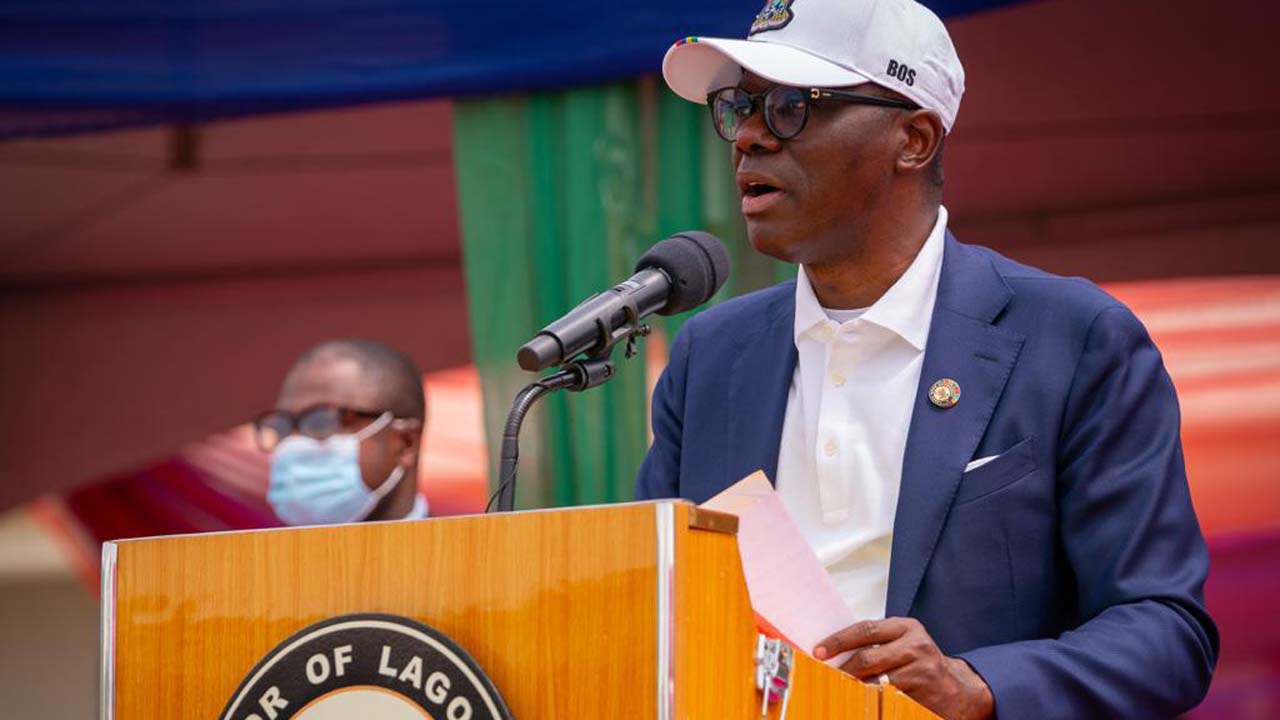 The Lagos  State government says it is committed to the full implementation of Iru, Victoria Island Master Plan  It said  that more roads and other infrastructure would be executed in the axis to facilitate economic and commercial activities.

He stated that Iruland and its axis were critical to the economic posterity of the state.

The governor said he was impressed and proud of the achievements of the traditional ruler in the last one year since he ascended the throne as the Oniru.

He said that more infrastructure and economic development had taken place in the kingdom since the Oniru’s ascension.

The governor also stated that more roads and other infrastructure would be executed in the axis to facilitate economic and commercial activities.

He urged the Oniru to partner with the state government in the area urban and regional regeneration of the Iruland in order to expedite the actualisation of the greater Lagos agenda.

He said that members of the State Executive Council were excited that with the innovations introduced by the traditional ruler.

Sanwo-Olu noted that the people of Iru kingdom were lucky to have the calibre of the Oniru, who is internationally acknowledged as a cerebral scholar, as their king.

He said that with Oba Lawal, the kingdom would witness more transformation and development.

“I know very well that his wealth of experience will bring about positive economic development into Iruland.

“How I wish that they have more lands, how I wish they can extend into the Atlantic so that they can create a bigger kingdom for his people.

“Even within what he has, I know that he will transform this place into an enviable location that all of us in Lagos and Nigeria will truly be proud of.

“The waterfront, the economic activities that are happening there, the commercial hub that is happening also on the waterways, we have discussed this and we said as a state government, we will continue to help.

“It is only when you bring development to local communities like this, that people can see better growth,” he said.

The governor urged the people of Iru kingdom to support the Oniru with prayers in order for him to excel and bring progress to the people.

He also charged them to embrace local and foreign investors to facilitate more positive development to the kingdom.

The National Missioner Ansar-ur-deen Society, Sheikh AbdulRahaman Ahmad, urged Oba Lawal to always make himself available and accessible to his subjects in order to endear himself to them.

Ahmad said that leaders were dependent on their followers, as without followers, there would be no leaders.

“The people must benefit from your throne; they must have trust in you and must be carried along.

“May Allah assist you, and grant you the wisdom, knowledge and good health to be able to deliver on the mandate.

According to him, this is a reminder that power belongs to Allah.

← Emplloyment generation  to improve as  CBN Increases Forex Allocation to Banks Feature:  The Challenge of Energy Transition in Africa →