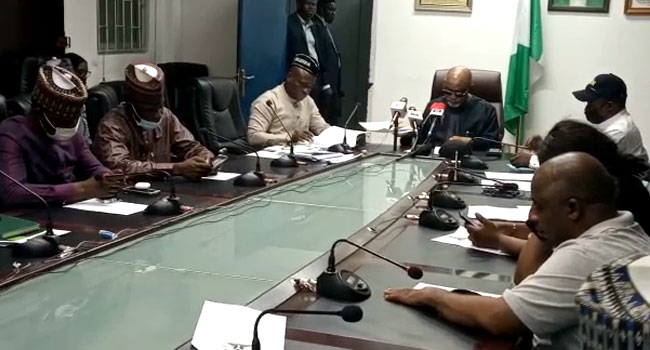 As the  striking  workers of both the judiciary and  Legislatives houses of assembly  resume work today, steps to be taken to ensure full autonomy for the Judiciary and the Legislature at the state level, will be the focus of a meeting of governors of the 36 States of the federation, tomorrow  Wednesday.

Abdulrazaque Bello-Barkindo, Head, Media and Public Affairs of the Nigeria Governors Forum, in statement titled “Presser,” and signed him  in Abuja, on Monday.

He said, “The return to work by the Judicial Staff Union of Nigeria and the Parliamentary Staff Association of Nigeria which begins today, Tuesday, after the Democracy Day holiday, will top the agenda of the 31st NGF meeting which takes place, virtually, on Wednesday 16th June 2021.

He efforts are already under way in all states of the federation, to either constitute the States Accounts Allocation Committees or to inaugurate them, preparatory to the granting of full autonomy to the two arms of government, namely, the legislature and the judiciary at the subnational level.”

The NGF recalled that JUSUN and PASAN have been on a nationwide strike for more than two months, while governors of the 36 states worked relentlessly to establish modalities for their autonomy in conformity with the constitutional provisions that stipulated this.

According to the statement, the governors will receive briefings before deliberations will begin on the Memorandum of Action which is the main item on the agenda.

Bello-Barkindo also quoted the letter of invitation to all the 36 governors as issued by the Director-General of the NGF,  Asishana Okauru, saying the governors will also receive updates on the activities of the Presidential Task Force on Covid 19, a regular feature of the governors’ meetings, by the Governor of Delta State, Ifeanyi Okowa who heads the governors’ interface with the PTF.

Those at the meeting will also review the  agenda of the National Economic Council which is expected to follow 24 hours later.