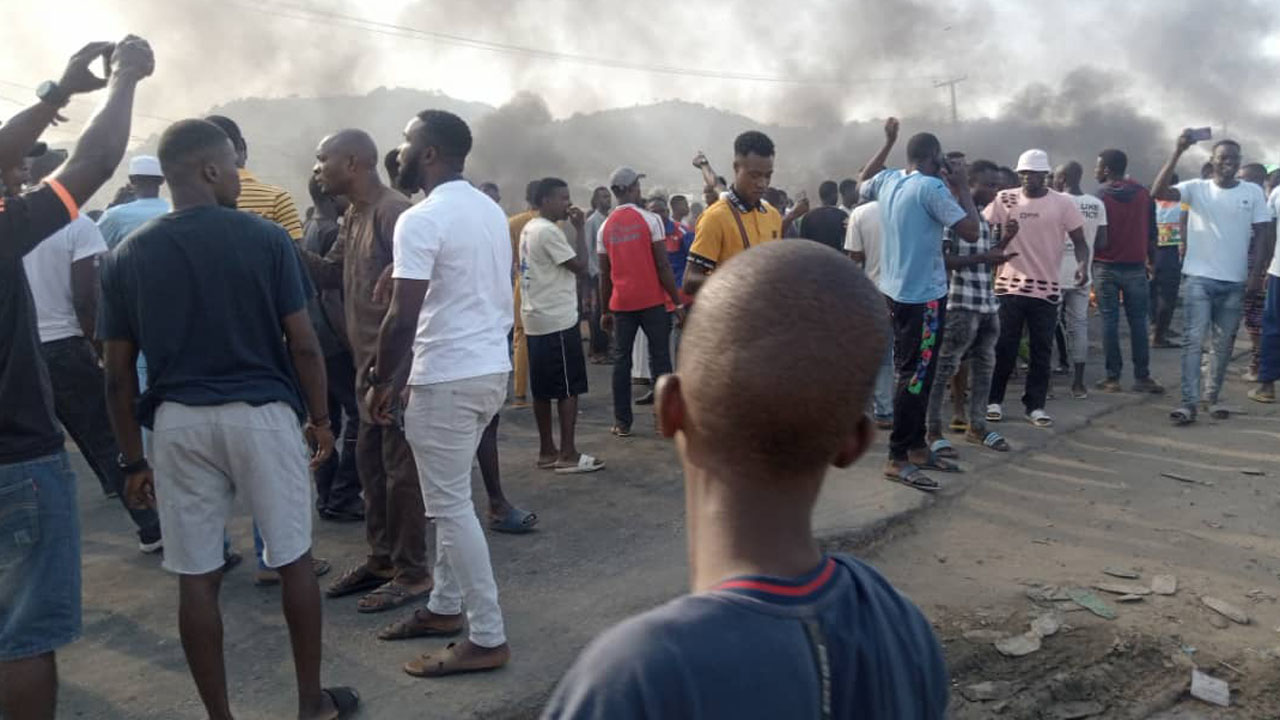 Having parted with huge sum of money on account of series of kidnapping that have taken place in their vicinities, hundreds of protesters partially blocked Abuja – Kaduna highway, thereby disrupting both commercial and social activities by preventing people from entering the city on Monday.

Commercially acticvities, especially movement of commercial vehicles, transportation of goods and services were halted for sometime while the protest last.

The residents of the area who were angry over the surge in Kidnapping took to the high way with the intention to draw the attention of powers that be to their helpless situation.

The centre of the action was Tafa area in Niger State which is adjacent to Abuja, in Federal Capital Territory where the set tyres on fire. The protesters barricaded a section of the highway.

“Kidnappers too much!” an angry young man shouted.

A police outpost in the area, in Gauraka, was also vandalised and set ablaze by the protesters, Niger state police spokesman Wasiu Abiodun said.

“Five days ago, they kidnapped four people, and then they came back again, yesterday, and kidnapped 16 people,” one protester said.

Police later said that they and the military had dispersed the crowds, allowing traffic to resume.

Police said six people were abducted in Gauraka by unknown gunmen Monday morning, and that policemen were intensifying efforts to rescue the victims.

Africa’s most populous country has been plagued by kidnappings for years, with criminals largely targeting the wealthy and prominent.

But more recently, the pool of victims has expanded and the vulnerable and poor across the country are now also taken for ransom.

Twelve people were kidnapped in nearby Madalla town and two others in Bwari just last week.

“We are having serious chaos… We don’t sleep here, we don’t sleep at all… If there is no good reinforcement, the problem will go far beyond this,” another protester said.

“We are not safe here… Please we are begging the government,” said a woman who said her sister lives in the area with her four children.