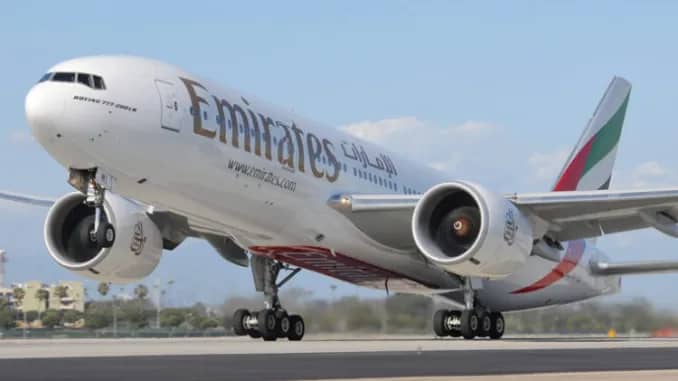 Flag carrier of the United Arab Emirates (UAE), Emirates Airlines, has announced the resumption of passenger flight operations to five African countries but Nigeria was not on the list.

The African countries on the list include Ghana, Guinea, Angola, Ivory Coast, and Uganda.

According to Channels Television Emirates in an update on its website announced that it has resumed flights between the African countries after an earlier ban due to the Omicron variant of the Coronavirus.

In a travel update posted on its website, Emirates indicated that the lifting of travel restrictions placed on Ghana, Guinea, and three other African countries took effect on Thursday.

However, flights from Nigeria and some other countries remain suspended.

“Customers with bookings to and from the following points will not be accepted for travel, until further notice. Republic of Kenya (NBO), Lusaka (LUN), Harare (HRE), Lagos (LOS), Abuja (ABV), and Casablanca (CMN),” the update added.

The airline, earlier in December 2021 indefinitely suspended the entry of travellers from Nigeria and some selected African countries over the emergence of the Omicron variant of COVID-19.

It later extended the flight ban to other countries including Ghana, Angola, Guinea, Uganda, Cote d’Ivoire, Zambia, and Zimbabwe.