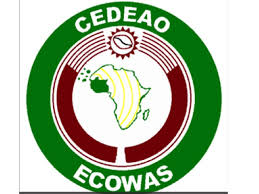 The Economic Community of West African States (ECOWAS) has said that partnerships with the Organised Private Sector (OPS) will deepen intra-African trade and lift millions out of poverty.

Mr Jean-Claude Brou, President, ECOWAS Commission made this known at a webinar organised in collaboration with the Lagos Chamber of Commerce and Industry (LCCI) on Tuesday.

It was organised to commemorate the commission’s 46th anniversary.

The theme of the webinar is ”Optimising Sustainable Trade, Investment and Regional Economic Integration through Effective Partnership between ECOWAS Institutions and the Organised Private Sector”.

Brou, who was represented by Kolawole Sopola, Acting Director, Trade, ECOWAS, said the commission, in recognition of the private sector’s role, created stronger framework to boost the sector’s capacity for enhanced trade.

He said that the commission had also adopted more than 100 regional standards with 70 others under development on some products.

Brou listed mango, cassava, textile and garments as well as information and communication technology among such products.

“The growing importance of informal trade compels the ECOWAS to create a framework expected to engender more availability and reliability of up to date information on informal trade.

“The framework also seeks to implement reform that is essential to eliminate obstacles to informal trade among others.

“It is important to improve investment, particularly, private investment, in all sectors and I stress that digitalisation must be at the centre of activities for economic recovery.

“Infrastructural deficit must be addressed as well as sustainable and cheaper energy for competitiveness of products.

“The commission is developing projects on roads, renewable energy and education, needed for private sector development; all these to lift millions in the sub – region out of poverty,” he said.

Donkor, however, said that reforms were already underway to accelerate the capacities of the Micro, Small and Medium Enterprises (MSME) to spur private sector development for intra-African trade.

He noted that the EBID 2025 strategy was aimed at ensuring that the private sector benefitted up to 65 per cent of the $1.6 billion available facility.

“A vibrant private sector is key in driving regional integration and securing its active participation and has the potential to create a win-win situation for all participants.

“Increasing credit to the private sector will enhance capacity and the EBID is ready with strategies to ensure that the sector’s capacity is boosted,” he said.

Also, Otunba Niyi Adebayo, Minister of Industry, Trade and Investment, said that collaboration across societal sectors had emerged as one of the defining concepts of international development in the 21st century.

He stressed the need for ECOWAS member states to work together as a bloc to take advantage of the opportunities in African Continental Free Trade Area.

“Since the establishment of ECOWAS in 1975, various protocols and supplementary protocols regulating member countries conduct have been signed.

“Our world has limited resources — whether financial, natural or human — and as a society we must optimise their use.

“The fundamental of good partnership is the ability to bring together diverse resources in ways that we can together achieve more impact, greater sustainability and increased value for all.

“This is so, because it emphasises the need to work together as a bloc to leverage and take advantage of the opportunities offered by the African Continental Free Trade Area.

“My Ministry will do everything possible to ensure that the vision of the commission is taken to the next level,” he said.

In her remarks, Mrs Toki Mabogunje, LCCI President, said that African region, with a population above 410 million and a Gross Domestic Product (GDP) of about $690 million, was a high potential market with boundless opportunities.

Mabogunje said that ECOWAS had played a vital role in developing the sub-region through accelerated implementation of numerous sectoral programmes for wealth creation, trade promotion and economic integration.

She, however, noted that in spite of the numerous efforts by ECOWAS and other regional blocs, trade within Africa was still very low.

The LCCI president said that to optimise sustainable trade, investment and regional economic integration, collaboration between ECOWAS institutions and the private sector was critical for success.

“The ECOWAS Protocols on Free Movement of Goods and Persons and the ECOWAS Trade Liberalisation Scheme (ETLS) needs more monitoring, advocacy, and harmonises trade regulations for successful implementation in support of free trade and integration within the sub-region.

“I urge all concerned to explore the emerging opportunities