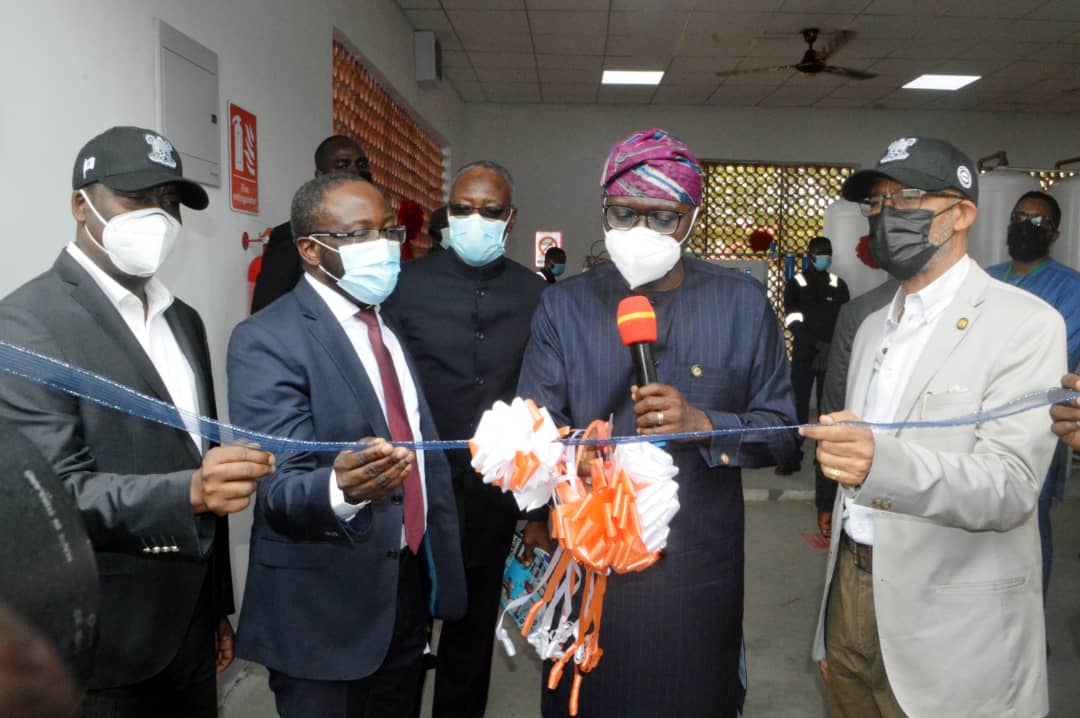 As many parts of the world continue to grapple with a dearth of medical oxygen in the wake of the COVID-19 pandemic, the Lagos State Governor, Babajide Sanwo-Olu has commended Total/NNPC and their partners, Sapetro, CNOOC, and Prime for the donation of a medical oxygen plant to the State.

“I also want to commend Total/NNPC and their partners for putting together this Oxygen plant here. I have been informed that this facility has the capacity to produce a hundred bottles of oxygen per day…it is much bigger than the one commissioned earlier on. Total and its partners deserve a round of applause. I want to put it on record that we continue to acknowledge all the various support that we have received from Total. I am aware that at the height of the COVID-19, when we were high on the storm, a lot of resources were also supplied and donated by Total Nigeria; both PLC and Total Upstream. Thank you very much,” Sanwo-Olu said at the handover event held on Wednesday, April 28, 2021.

“The COVID-19 pandemic simply made an already bad situation much worse. As the number of cases spiked with Lagos as epicenter, we decided that building and donating a medical oxygen plant would not only help improve the state’s capacity to care for COVID-19 patients, but could further strengthen Lagos’s ability to manage other conditions associated with oxygen deficiency. So, in collaboration with the Lagos Ministry of Health and our partners- NNPC, CNOOC, SAPETRO, and PRIME 130, we decided to build and donate this medical oxygen plant to help meet some of our medical oxygen needs in the state. We believe that this facility would be useful even beyond the COVID-19 pandemic,” Mr. Sangster said. He noted that the government of Nigeria had, in its National Policy on Medical Oxygen in health facilities, expressed great concern over high rates of death due to lack of access to oxygen in the nation’s hospitals. Official figures show that more than 625,000 deaths occur annually in Nigeria due to diseases associated with hypoxaemia-insufficient oxygen in the blood or low blood oxygen saturation. In children, hypoxaemia is a major fatal complication for pneumonia, accounting for 120,000 under-5 deaths in Nigeria annually. Evidence from secondary health facilities in Nigeria also shows that 25% of neonates and 12% of under-5 children admitted to hospital with pneumonia are hypoxaemic admission.

In his remarks, the Group General Manager NAPIMS, who was represented by the GM Services, Mr. Yunusa Yahaya Jibril, said the NNPC had brought together all stakeholders in the industry to collaborate in the fight against the pandemic with the country as a  constituency not just operational areas of the oil companies, in the fight against the pandemic. He urged the custodians of the oxygen plant to maximize the use of the facility for the benefit of the people.

The event was witnessed by members of the Lagos state executive council, the Chief Medical Director of the hospital and other medical officers.