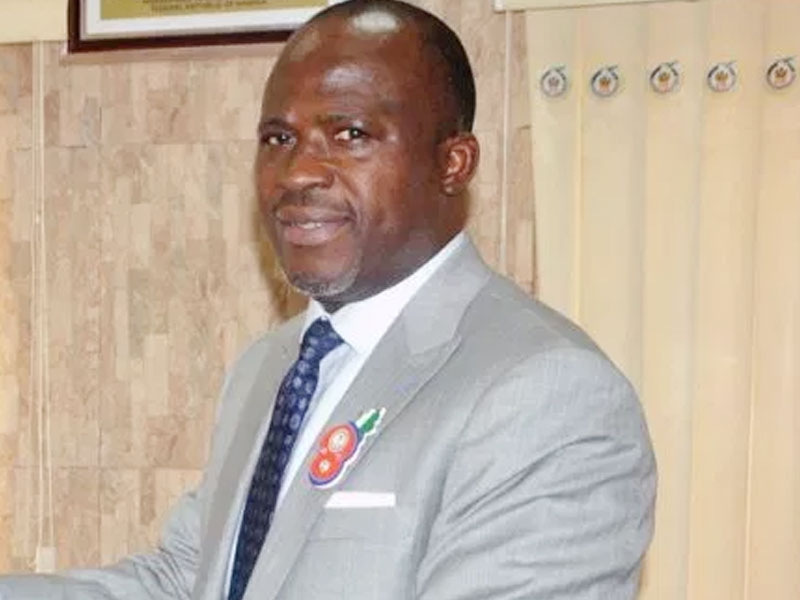 The cooperation and support of the  workers of   th Accident Investigation Bureau Nigeria (AIB-N), are essential are essential tools needed to achieve the Bureau’s mandate of investigating aircraft accidents and serious incidents.This was was the view of the reaapointed Commissioner/ Chief Executive Officer of the agency, Akin Olateru who is  soliciting for the maximum cooperation, diligence, conscientiousness and professionalism of members of staff of the Bureau.According to Tunji Oketunbi,General Manager, Public Affairs of the Bureau in a press statement,  the new boss of the Bureau explained that  the Federal agency was established to investigate aircraft accident and serious incident with the view to preventing the reoccurrence of such mishaps by making relevant recommendations on.Olateru whose reappointment as the Commissioner of the Bureau while addressing the Bureau’s staff across the country virtually from the corporate headquarters in Abuja, said: “It has been an honour to work with you all over the last four years, and I look forward to the next four years with great expectations for how much more we will achieve together. I invite you now to look back on the last four years, at the events, the challenges, our successes and aspirations and work with me to continue the path of innovation and strategic development.“We must continue to deliver on our mandate with the highest standards of professionalism as we always have, and to continue to grow thereon.”The Commissioner, however, assured that his administration “will continue to innovate and establish the AIB-N even further, to align with the best in class globally.” He said he plans to improve agency’s infrastructure and equipment, strengthen its human capital, further simplify our processes, and eliminate bottlenecks in our procedures, making AIB a highly reputable institution,” he added.He added that he is humbled by the progress that has been achieved at AIB-N since he assumed office in 2017.  “I am even more humbled by the recognition and acknowledgement of these achievements by our Honourable Minister, my colleagues, staff, and the media,” he said.Appreciating the staff for their continuous hardwork and professionalism in ensuring the Bureau fulfil its mandate, the Commissioner said, “In the last four years, with your help, hard work and commitment, we have taken the Agency from relative obscurity to its rightful place.According to him, “we improved our infrastructure, equipment, human capital, and staff welfare.  We also reviewed and improved our systems, processes and procedures.”“I am very proud of what we have achieved, and I hope that you can all take pride in your individual and collective contributions to realising this feat,” he added.Olateru’s tenure as Commissioner between January 2017 and January 2021,witnessed the release of 40 final reports on accidents and serious incidents and three Safety Bulletins. This, represents a 67.8 percent of the total final reports released by the Bureau since it was established in 2007. The Bureau also issued 130 Safety Recommendations within this period, representing 61.6 percent of the total safety recommendations issued by the Bureau.Olateru disclosed that within the period of four years, the Bureau’s infrastructural facilities, such as the Bureau’s Flight Safety Laboratory in Abuja and Lagos, Wreckage Hangar, Metallurgical Science Laboratory, Regional offices in Enugu and Kano states, and the Command and Control Center, were developed and rehabilitated to enhance efficiency.He also added that his administration also initiated collaborations and cooperation agreements with several countries and institutions such as the US National Transportation Safety Board (NTSB), Singapore Transport Safety Investigation Bureau (TSIB), Bureau d’Enquêtes et d’Analyses pour la sécurité de l’aviationcivile (BEA- France), the Instituto Nacional De Aviaco Civil (National Civil Aviation Authority) of Sao Tome & Principe, the Nigerian Air Force (NAF), University of Ilorin (UNILORIN) and University of Lagos (UNILAG), while the cooperation agreements between Saudi Arabia, Republic of Benin and Niger Republic are in the process.Inorder to keep the public informed on the critical role they play in the success of an accident investigation body,AIB-N, in the last four years, has undergone several public advocacy activities and launched social media handles on Facebook, Twitter, Instagram and LinkedInThe Bureau also launched the AIB-N Nigeria mobile app in November 2017, to help ease the process of reporting air accidents and serious incidents, and enhancing eyewitness reporting by the public.