Chevron To Put $1bn Assets Up For Sale 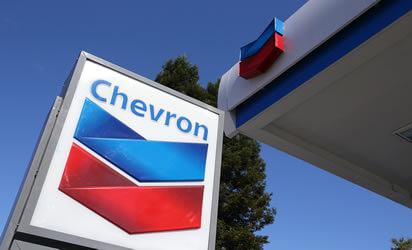 U.S. oil futures have soared more than 50 percent so far this year, prompting companies to try to sell assets in Permian basin of Texas and New Mexico, the country’s largest oil field. Chevron is looking to sell lower-value assets, while some majors, like Royal Dutch Shell are considering exiting the formation entirely.

Shell is looking to exit the Permian to invest in energy transition, while Chevron wants to invest only in the highest performing assets.

Chevron has retained an investment bank to market some Permian oil and gas fields valued at $879 million, and has additional assets of more than $200 million available for sale elsewhere in the basin, the sources said.

Initial bid proposals were planned for June 10, with a planned July 1 sale date for the larger package. The assets are operated by Chevron and Occidental and span 57,000 net acres with production of about 10,100 barrels of oil equivalent per day.

The company did not immediately respond to requests for comment.

Together, the assets Chevron is marketing could fetch as much as $1.2 billion, based upon the strength of oil futures, according to one of the people.

Chevron has been evaluating other assets in the Permian and elsewhere, one of the people said, and could divest older assets over the year as it looks to boost investments in energy transition.

Chevron has previously said it is fine-tuning its oil holdings.