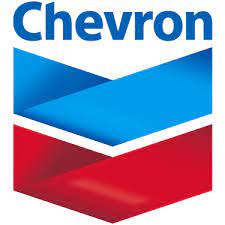 The Board of Directors of Chevron Corporation (NYSE: CVX) declared a quarterly dividend of one dollar and thirty-four cents ($1.34) per share, payable September 10, 2021 to all holders of common stock as shown on the transfer records of the Corporation at the close of business August 19, 2021.

Chevron is one of the world’s leading integrated energy companies. We believe affordable, reliable and ever-cleaner energy is essential to achieving a more prosperous and sustainable world. Chevron produces crude oil and natural gas; manufactures transportation fuels, lubricants, petrochemicals and additives; and develops technologies that enhance our business and the industry. To advance a lower-carbon future, we are focused on cost efficiently lowering our carbon intensity, increasing renewables and offsets in support of our business, and investing in low-carbon technologies that enable commercial solutions.

to the Company on Tuesday July 27, 2021 at its headquarters in Marina, Lagos.

The Commi#ee was received by the MD/CEO of EKEDC, Adeoye Fadeyibi alongside two Directors; Ernest

Oji and Dere Otubu as well as the Management team of the Company.

reliable service delivery. ‘These are testaments to our status as the leading Disco in the country’, he said.

He further thanked the Government for their e>ort so far in the power sector. He urged the Commi#ee

energy the?, debt recovery from the MDAs which is now about N21bn, among others.

In his comment, the Chairman of the Senate Commi#ee, Senator Theodore Orji commended Eko Disco

for its performance in infrastructural development, metering as well as providing employment

opportunies to many Nigerians. He explained that the Commi#ee, as earlier stated, is on oversight

development. Orji assured Eko Disco that the concerns as r