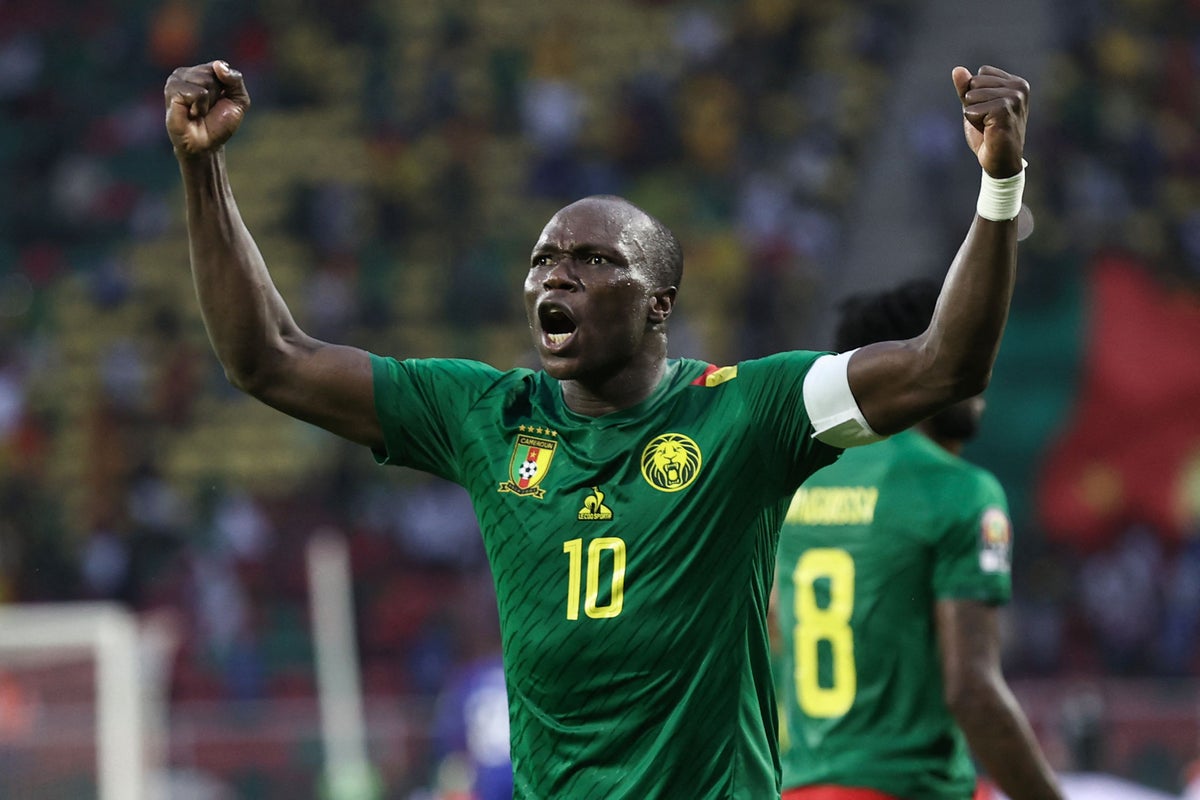 Vincent Aboubakar netted another brace as Cameroon beat a spirited Ethiopia side 4-1 to extend their perfect start to the Africa Cup of Nations.

The hosts certainly didn’t have it all their own way, as Dawa Hotessa put Ethiopia in front early on, but Karl Toko Ekambi got Cameroon back on terms.

A brace after the break from Aboubakar and a second goal for Ekambi wrapped up the result though after a brilliant second-half display, as Cameroon became the first team to book their place in the last 16.

After beating Burkina Faso in the tournament opener, this win ensured they have the option of resting key men in their final group match against Cape Verde.

Amanuel Gebremichael had space on the right-wing, he played a low cross into the box and Hotessa swept it past Andre Onana for a shock opener.

It didn’t take Cameroon long to respond though. Vincent Aboubakar’s strike was beaten away, out to Collins Fai. He clipped a lovely ball onto the head of Ekambi, who nodded it home.

The frantic start to the match continued, with three yellow cards inside the opening 15 minutes, before Gebremichael had a shot well-blocked.

Hotessa should really have put Ethiopia back in front, when Onana’s saved rebounded straight to him but he couldn’t sort his feet out in time to finish into an empty net.

Moumi Ngamaleu had the ball in the net for Cameroon but he was well offside, while Ekambi went close to doubling his tally but saw his header cannon back off the post as a thrilling opening 45 minutes finished level.

Hotessa blasted over as Ethiopia made a bright start to the second-half, but they were blown away in a two-minute spell.

Fai was the provider again as he put a perfect cross into the box for Aboubakar to power a header into the net.

And the striker doubled his tally within a couple of minutes. Ngamaleu was the player to burst free on the right this time, before playing it across the face of goal and Aboubakar couldn’t miss from a couple of yards out.

It was four for Cameroon with 20 minutes remaining as they ruthlessly exploited some tired Ethiopian legs.

Ekambi found space down the left, cut inside into the box and hammered an effort past goalkeeper Teklemariam Shanko at the near post.

Bezabih Melayu should have pulled one back for Ethiopia, and Fai then smacked an effort against the post late on for the hosts.

It was a job well done for Cameroon, who have come from behind in each of their matches so far but have shown a class in front of goal that no other team has yet been able to produce.