Boko Haram in Trouble, As First Batch Of A-29 Super Tucano Aircraft Depart US For Nigeria 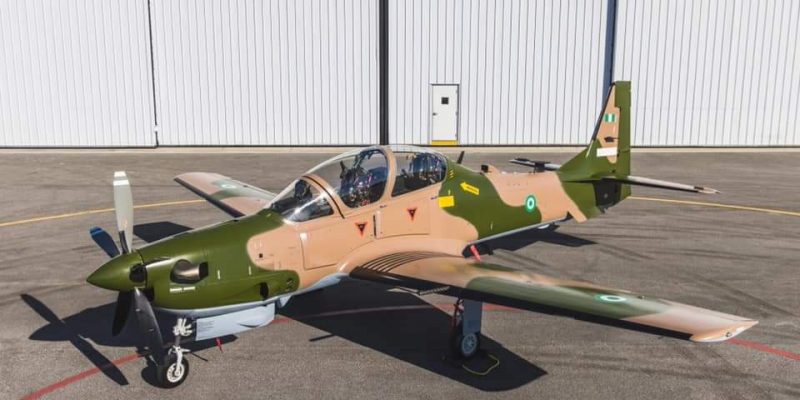 The Nigerian  Air Force (NAF) has said that the first batch of six A-29 Super Tucano aircraft have departed the United States of America en route to Nigeria.

According to  a statement released by the NAF Director of Public Relations and Information, Edward Gabkwet, on Thursday, he said the fighter jets departed from the US on Wednesday and are expected in Nigeria anytime soon.

He said: “The six aircraft will be leapfrogged through 5 countries including Canada, Greenland, Iceland, Spain, and Algeria before arriving their final destination in Nigeria towards the end of July 2021.”

It further stated that, an official induction ceremony of the aircraft into the inventory of the Nigerian Air Force is already being planned at a later date in August 2021 to be announced in due course.

He said the Office of the Director of Public Relations and Information remains open to any inquiry regarding the arrival and induction of the aircraft,” the statement partly reads.

The aircraft are part of the 12 fighter jets sold to Nigeria by the U.S. to aid combat actions and air assaults.

The Air Force is also expecting the delivery of  additional aircraft in the fight against insecurity in the North East, and air fighters from the Nigeria Air force are already in the U.S. receiving additional training on usage and the applications of the fighter jets when eventually added to the fleet of combat aircraft.

The Airforce had carried out operations for over 60,000 hours with half of those in the North East to fight insurgency.

“A total of 200 personnel are receiving training in nine different countries of the world on handling combat aircraft. They will soon join their colleagues in the fight against insecurity and in particular, insurgency in the North East.”

After extensive discussions with the U.S. government, President Muhammadu Buhari in April 2018 placed an order for the aircraft.

He had said the procurement would help strengthen Nigeria’s national security, as well as a timely end to the Boko Haram war.

In a letter he wrote to the National Assembly, he informed that the Nigerian government transferred $469.4 million to the U.S. government for the purchase.