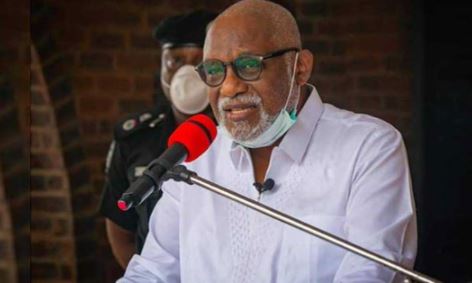 The co-ordinator of the Southern Governor’s Forum, Rotimi Akeredolu, has explained the banning of open grazing in the southern part of the country is not new. He also corrected the impression that he is the chairman of the forum stating that he was just asked to coordinate the group.

Governor Akeredolu who spoke on the recent communiqué jointly signed by the southern Governors clarified this issue during an interview on Channels Television Programme , Sunrise Daily.

The governor also disclosed that very soon there would be an expanded meeting which would involve the governors and all the southern legislatures which address issues confronting them.

He said the governors looked at what is happening in their respective states. “Most of the states have passed laws on open grazing. Virtually all of us have passed that law “In this day and age, they cannot continue taking cows by foot from Kano to Port Harcourt.”

The governor said the Federal Government needs to throw its weight behind state governments that want to set up ranches, noting that this will benefit the herders who are exposed to dangers as they roam with their cattle.

He called for a modern system of animal husbandry

He said at the meeting of the governors, they referred to what Governor Ganduje said. It was clear that he is also against open grazing. He says it does not augur well and the herders also do not benefit from it. There is no development, they are exposed to dangers.

“That why we suggested that the Federal Government should intervene to help these herders. The Federal government should give money for ranches to be created. That is why it is part of our recommendation that states who want to create ranches be supported,” Akeredolu who is also the Governor of Ondo State said.

The decision of the Southern Governors to ban open grazing comes three months after the Nigerian Governors Forum did the same.

In February 2021, the Nigerian Governors Forum, representing all 36 states in the country, said it had reached a consensus on the “need for the country to transition into modern systems of animal husbandry that will replace open, night, and underage grazing in the country.”

The ban on open grazing comes as herdsmen violence continues to be reported across the country.

Beyond the herdsmen crisis, the country continues to groan under diverse security threats, including but not limited to an insurgency in the North-East, banditry in the North-West, and secessionist agitations in the South-East and South-West.

The governors had earlier in a  communiqué jointly signed by all called for a national dialogue and also announced that a ban has been placed on open grazing in the region.

Meanwhile Federal lawmakers from Southern Nigeria have thrown their weights behind their governors’ call for restructuring of the country, adoption of state police and a ban on open grazing.

The lawmakers in both the Senate and House of Representatives lamented the huge economic losses suffered by southern farmers due to encroachments on farmlands which have exposed the region to famine and acute food scarcity and pledged to deploy all legislative instruments at their disposal to ensure the resolutions were achieved.

They added that the position of their governors is a firm restatement of their insistence that the nation must exist and be governed on the platform of democratic tenets of social justice, equity, fairness, mutual respect, true federalism, rule of law and constitutional order.