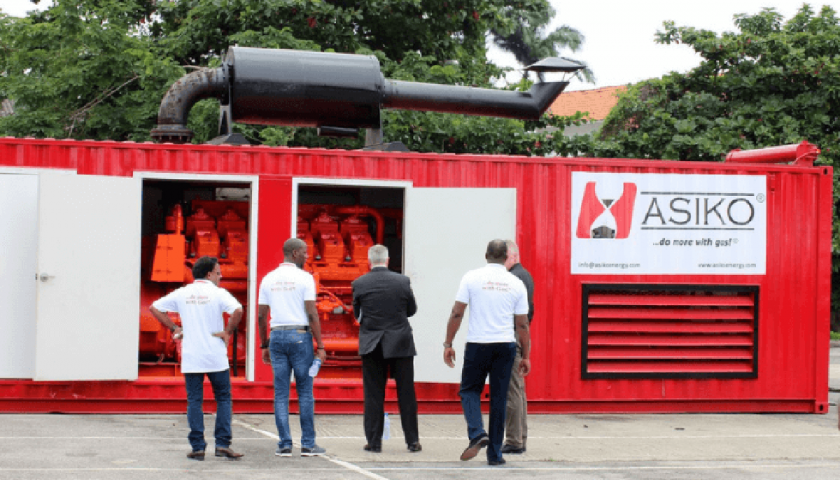 In order to deepen the utilization of Liquefied Petroleum Gas, otherwise known as Cooking gas, Asiko Energy, has started the construction of new facilities that would help to enhance the expansion of the business in the country.

The company has commenced the construction of its propane/LPG terminal and at the same time also laying the foundation for a co-located LNG terminal consisting of a full containment tank making this the first land-based LNG receiving terminal in Africa.

Felix Ekundayo, Managing Director, Asiko Asiko Energy, while commenting on the project, stated: “The project is the culmination of several years of dedication and hard work by our Company.

He expressed appreciation to the Board of Directors of Asiko Energy, shareholders, colleagues, financiers, and supply partner of 15 years and counting, the Nigeria LNG (NLNG) Limited.

According to him, Asiko Energy, which began operations 15 years ago, first commenced operations under the domestic LPG distribution initiative and subsequently went on to pioneer captive power solutions for commercial and industrial applications (using LPG). He added that the company’s vision has always been to become the ultimate gas and clean energy provider in Nigeria

The ground-breaking ceremony of the dual-liquefied gas storage terminal located in Ijora, Lagos State, took place last month and on completion, the facility will house 5000 metric tonnes of Propane/LPG storage and a 30 million-litre LNG storage tank.

He stated that the company, the terminal under construction, when completed, will be the country’s first dual liquefied gas fuel terminal, with the ability to receive, store and distribute both LPG and L subsequently went on to pioneer captive power solutions for commercial and industrial applications (using LPG). He added that the company’s vision has always been to become the ultimate gas and clean energy provider in Nigeria.

“The company has made numerous investments in the development of LPG infrastructure in Nigeria and has multiple LPG depots across the country as well as a fleet of LPG distribution trucks.

← Lagos Says Moderna, Pfizer Vaccines Can Be Accessed At Designated Centres Now US Super Tucano Jets To Be Deployed Against Bandits →