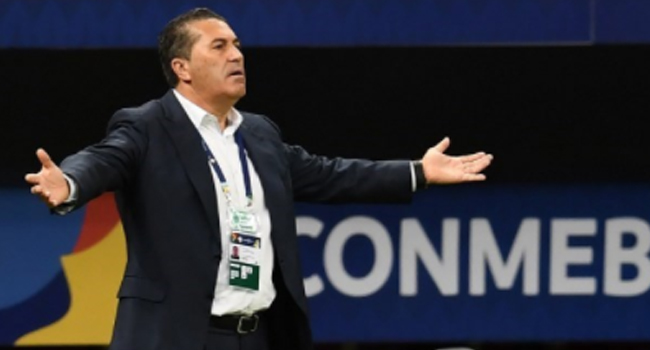 Following weeks of deliberations and consultations, the Nigeria Football Federation (NFF) on Wednesday named Jose Peseiro as the new coach of the Super Eagles.

The 61-year-old will be taking over from German gaffer, Gernot Rohr, who was dismissed earlier in the month after some unconvincing performances by the three-time African champions.

While his much-awaited appointment came when the senior national team’s camp had opened for the 2021 Africa Cup of Nations (AFCON), the federation clarified that the Portuguese coach will not be taking Nigeria to the competition.

It instead explained that interim manager, Austin Eguaveon, will be in charge as the country pushes for a fourth continental crown in Cameroon early next year.

Despite a handful of names making the news in the quest for a new Eagles manager, fans are divided over the NFF’s choice.

Below are six things to know about the Super Eagles latest handler:

A Spell With Real Madrid

Peseiro is reputed to have had spells with some top clubs in Europe including Real Madrid.

He was an assistant to compatriot Carlos Queiroz in 2003.  The Los Blancos finished fourth that season, leading to their dismissal from the job.

With less than two weeks to a triple-header of World Cup qualifiers, he resigned from his job as Venezuela’s coach in August 2018, citing unpaid wages.

President of the Venezuela Football Federation, Jorge Gimenez, admitted that Peseiro was owed “no more and no less than one year” of salary, adding that “he’s hardly been paid anything from his tenure.”

While the former FC Porto coach is not new to African football having managed the Egyptian side, Al Ahly, the Nigerian job is the first time he will be in charge of a national team on the continent.

At Al Ahly, he, however, did not last more than the 2015/2016 season with the African Super Cup holders.

Apart from Real Madrid, Peseiro has also had stints with some top clubs in Europe.

The coach has worked with top Portuguese sides like FC Porto and Sporting CP, playing in the Champions League with the latter. In addition, the new Nigerian manager at some point worked with Jose Mourinho and Carlos Queiroz.

Nigeria’s new coach has a Master’s degree in sports science, a big plus for the Super Eagles.

Having retired from playing football at 34, the Portuguese started his coaching career as a player-coach with Union Santarem in the Portuguese fourth division.