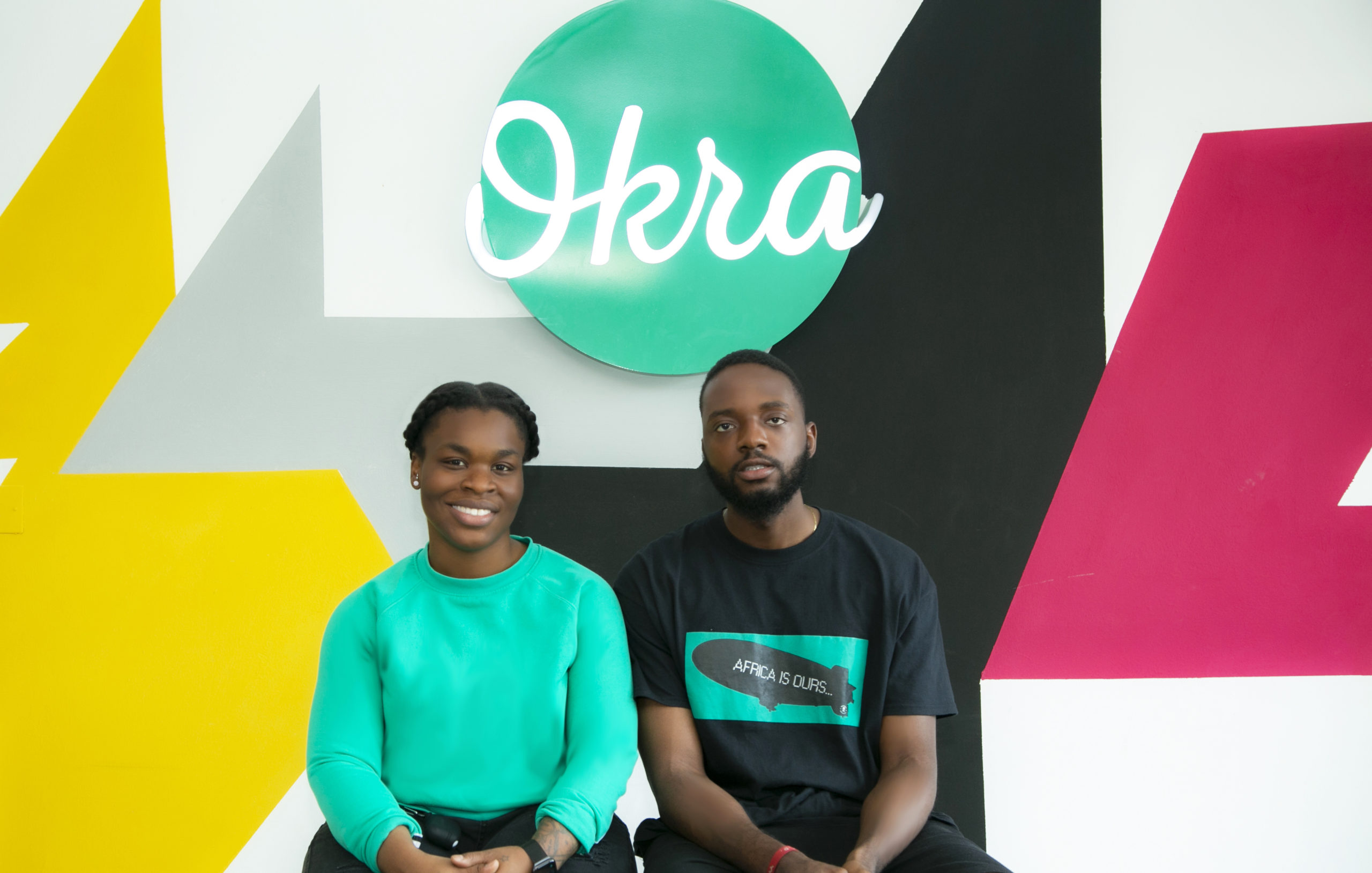 Olusola Bello
Accenture Ventures and a U.S.-based Susa Ventures  have  helped out a Nigerian Fintech firm, Okra to raise about  $3.5 million  for the company  to use for the expansion of it data  across Nigeria
In total, Okra has raised $4.5 million in two rounds and the company will use the investment to expand its data infrastructure across Nigeria.
The Nigerian firm is the first  is possibly the first to achieve  this kind of attention  in recent times in the sector with the closure of a deal that amounts to $3.5 million.
Other investors include TLcom Capital,the sole investor from its $1 million pre-seed round in 2020.
Fara Ashiru Jituboh and David Peterside  who founded the company in June 2019, while  speaking with TC TechCrunch, said since its launch in January 2020, Okra has aggressively pushed by connecting to all banks in Nigeria and even claims to have a 99.9% guaranteed uptime.
They said the business model of the firm provides integrations to developers and businesses into existing banking services and takes commissions off subsequent transactions. These integrations include accounts authorization, balance, identity, income, payments and transactions. Per partners (developers and businesses), they are well over 100 with some big names like Access Bank, Aella, Interswitch and uLesson.
Okra likes to describe itself as an API “super-connector” that creates a secure portal and process to exchange real-time financial information between customers, applications and banks.
Ashiru Jituboh tells TechCrunch that besides making APIs, Okra is in the business of selling “digital first-experiences and transformation”.
“We are building an open finance infrastructure that enables developers and businesses to offer digital-first experiences and financial products,” she said.”We’re at a point where businesses are realizing that digital transformation is one of the most conversation happening in most boardrooms. So for us, we’re essentially just making tools and services needed to achieve digital transformation at scale with our APIs.”
Positioning the company in such a way might be the reason for its immense growth in over a year. The company says it has recorded an average month-on-month API call growth of 281%. Okra has also analyzed more than 20 million transactions; last month, it analyzed 27.5% of this figure at over 5.5 million transaction lines. For a bit of context, Plaid has analyzed more than 10 billion transactions in its eight years of existence.
“I think it’s a good indicator that we’re on the right trajectory in terms of traction,” COO Peterside added.
If anything one can learn from the Nigerian fintech ecosystem over the past two years is that with growth comes regulatory scrutiny. Since last year, different regulatory moves from some of the country’s financial bodies have been targeted toward payments, crypto and wealth tech startups. While these regulators claim to foster the interests of the Nigerian public and protect consumers, their moves reek of innovation stifling and jurisdictional play.
So far, these regulators appear not to be concerned with the activities of API fintech infrastructure startups. But will these companies be prepared to deal with the situation should that change?
According to Peterside, Okra is preparing for unforeseen circumstances by taking the initiative and engaging with the regulators in its space. Since 2018 when the EU released the General Data Protection Regulation (GDPR) to deal with data protection and violations resulting from it, most African countries have mirrored these laws for their region. In Nigeria, there’s the Nigeria Data Protection Regulation (NDPR), and due to its similarities with the GDPR, Peterside believes Okra has nothing to worry about — at least for now.
“In terms of what the law says, I think the fine print is clear not just in Nigeria but globally, so how we operate as a business is straightforward. But in terms of what we think, the regulators whether they make the necessary decisions… we can’t really speak about that but generally, the laws and global standards are clear,” he said.
If the company succeeds in keeping harmful regulations at bay, it can grow at whatever pace it wants. However, a bane that might threaten this pace is hiring, according to the CEO. “The one challenge I’ll say we face has to be hiring,” Ashiru Jituboh said.
Now, one of the significant reasons Okra proves attractive despite just over a year in operation is how it prioritizes speed. The company claims to onboard new clients in 24 hours or less while supporting them through the use cases specific to their product.
An increasing clientele means increased problems which means more personnel to handle them. So besides using the recent check to expand its data infrastructure across Nigeria, Okra will put a sizeable chunk into sourcing for talent.