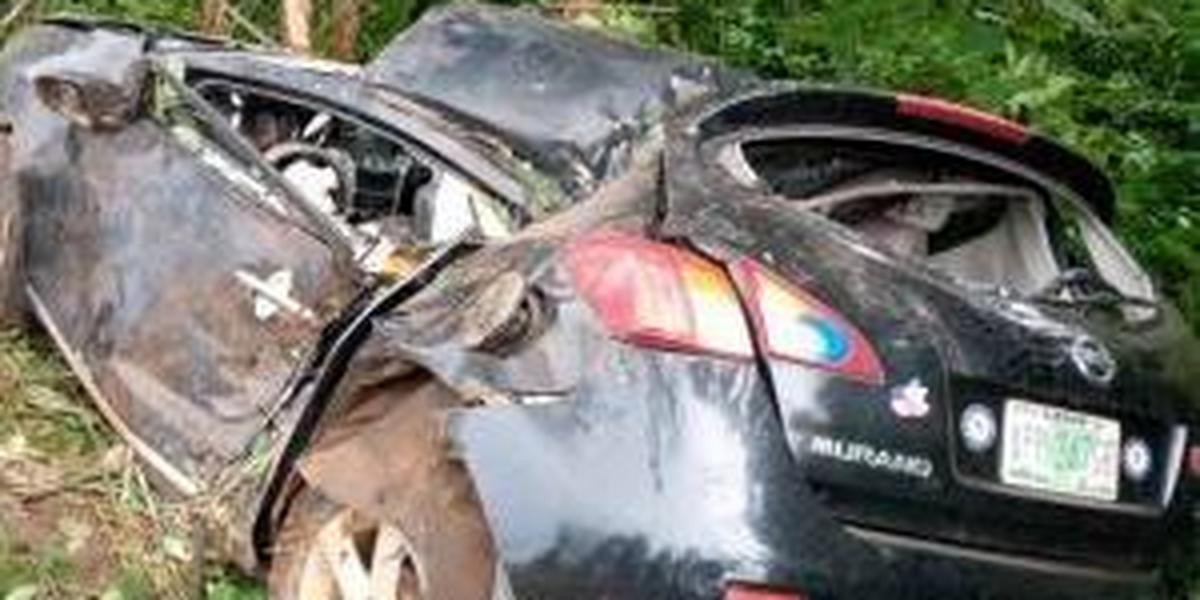 One person was confirmed dead and another injured in a lone accident involving a Nissan Murano Jeep at Onipepeye, on the Abeokuta-Sagamu highway, on Friday.

Babatunde Akinbiyi, the spokesman, Traffic Compliance and Enforcement Corps (TRACE), confirmed the incident to the News Agency of Nigeria (NAN) in Abeokuta.

According to him, the accident occurred at about 8:21a.m. and was believed to have been caused by speeding which resulted in loss of control.

He said that the accident involved a married couple.

“According to an eyewitness, the vehicle marked APP 347 GF was coming from Iperu to Abeokuta, with the driver (husband) taking his wife, who is a matron at Iperu General Hospital, to Abeokuta for a promotion interview,” Akinbiyi said.

He said that from the account, the driver, while in motion, suddenly lost control of the vehicle and ran into the bush.

“The matron died on the spot while the husband sustained some injuries,” the TRACE spokesman said.

Akinbiyi said that the deceased had been deposited at the General Hospital, Ijaye morgue, while the injured husband was receiving treatment at the same hospital.

He said that the vehicle had been taken to Obafemi Owode Police Station.

The TRACE spokesman commiserated with the family of the deceased, warning drivers to desist from speeding and dangerous driving, particularly during the rainy season. (NAN)