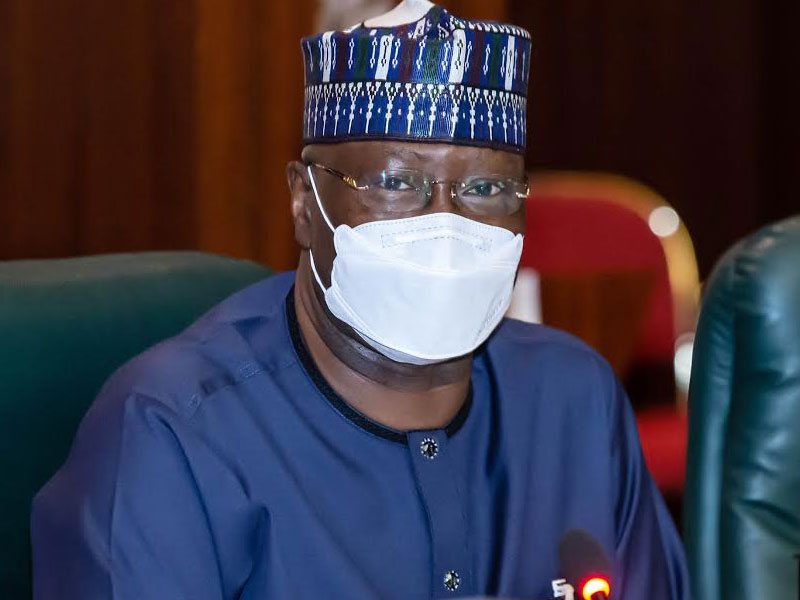 …7 percent of Nigerians have access to pipe borne water–minister

The Federal Government said on Thursday that it would require about $2.3 trillion cumulatively or $150 billion annually to upgrade the poor state of Nigeria’s infrastructure.

Secretary to the Government of the Federation (SGF), Boss Mustapha,  who disclosed this at the Business Hallmark Public Policy Forum titled: “Nigeria’s Infrastructure Revolution; Road to a New Future”, noted that the private sector is expected to fund about 56 percent of this sum.

According to him, even with dwindling resources, the federal government is committed to putting in its own 44 percent to ensure that the nation’s infrastructure stock which he said the Muhammadu Buhari met at 35 percent is upgraded.

“It is important that we appreciate where we are coming from, where we stand, what we need to do to get to our desired destination and most importantly, what government is doing to facilitate reaching that destination.

“At inception, in May, 2015, President Buhari’s administration was confronted with a monster that is a huge infrastructure challenge, indicated by infrastructure stock that was estimated 35 percent of Gross Domestic Product (GDP), he stated.

Mustapha stated that this number was grossly inadequate for a country that was in dire need of inclusive growth and was far below the 70 percent international benchmark already attained by some emerging markets.

He stated that in the light of limited resources worsened by the Covid-19 pandemic, government needed to explore other financing options, which necessitated a greater focus on public-private partnerships.

“For this, $2.3 trillion would be required, translating to about $150 billion annually and the private sector provides 56 per cent, while federal government and states will have to provide 44 per cent of the share of investment. Therefore, private sector participation becomes more compelling if Nigeria is to implement this particular master plan,” he argued.

In recent years, the SGF stated that Nigeria has conducted several important infrastructure sector reforms, including extending and upgrading the nation’s railway network and introducing locomotive coaches, building quality roads and setting up several initiatives like Infraco which will soon take off.

In his remarks, John Oyegun, former National Chairman of the All Progressives Congress (APC), explained that after six years of service in a tenure of eight years, it was necessary to sit back and review achievements and engage the a populace so as to obtain feedback on impact.

He added that the outcome of the meeting will enable the government to recalibrate and refocus its efforts to deliver on its agenda, noting that the general election of 2015 that brought APC to power was based on campaign promise to accelerate economic development, enhance security, and a robust fight against corruption.

“Six years into the life of the administration, any impartial observer can see that the performance of the government has been mixed. There have been areas of soaring successes, as in infrastructure development and programs.

“But there are also areas where we have fallen a little short. Many reasons have been adduced for the not-so-successful stories. Obviously, more work needs to be done in order to end with an overall positive narrative at the end of the tenure of this administration and to justify the massive hope and confidence invested in the president and the APC,” he said.

The former Edo state governor stated that while Buhari places strong commitment on infrastructure development, despite the challenges of funding, there have also been missed opportunities.

He argued that a vibrant economy could not be achieved without security of life and property of the people in the country, stressing that every emphasis must be laid on the provision of adequate security.

Also speaking, Minister of Water Resources, Suleiman Adamu, said that as far back as 1992, 30 percent of the Nigerian population was enjoying pipe-borne water and as at 2015, it had dropped to 7 percent.

According to him, in 2015, Nigeria had 68 percent national coverage for access to water, but noted that with government effort, this has risen to 70 percent and is further expected to jump to 72 percent by the end of 2021.

“We have developed new programmes in the last six years to improve access to water in rural areas. We are working on rehabilitation and expanding the irrigation infrastructure by 50 percent. We have launched the National Irrigation Development Programme (NIDP) and by 2030, we hope that we can have 1.5 million hectares and 50 per cent of our irrigation potential developed,” he stated.

Minister of Works and Housing, Babatunde Fashola, stated that despite the fall in crude oil price, the federal government increased the budget for roads from N18 billion to N260 billion, an over 1,300 percent increase.

“This spend has resulted today in 895 ongoing contracts across the country for roads and bridges, covering 13,552 kilometres of construction, rehabilitation and renovation across the length and breadth of the country,” he said.