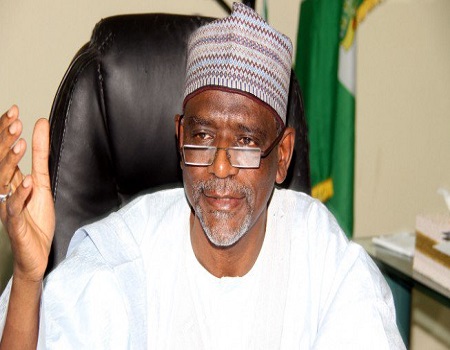 Olusola  BelloThe Federal Government has said 193 universities are grossly inadequate for a country of over 200 million population and  faulted claims about the proliferation of Universities in Nigeria,.

Malam Adamu Adamu, Minister of Education, stated this on Thursday, in Abuja  while  presenting  provisional licences to promoters and proprietors of the new 20 private universities  that have been approved by the Federal Executive Council (FEC).

The Minister of State for Education, Hon Chukwuemeka Nwajiuba, who represented him, insisted that Nigeria needs more universities and called for more private sector investment in University education in the country.

Jim Ovia, the founder of Zenith Bank, who is the proprietor of James Hope University, Lekki, Lagos, was presented with the provisional certificate, where he announced the donation of 20 per cent of his personal annual dividend to the James Hope University for the purpose of research and scholarships.

“Government is also well aware that countries that are consistently well-ranked in Human Development indices have, in recognition of the important role of Universities in human capital development, maintaining a respectable number of Universities relative to their population”, the minister said.

He said despite the steady progress being made in this area of our national development, a random poll of the public opinion reveals some concern that the private universities had become too many. Comparative figures of Universities in other countries attest to the fact that this is not the case.

“It is the collaborative efforts of the private individuals and group that made this possible for these nations and I believe will also enable Nigeria to close her own gap in the university education sub-sector.

“The above scenario indicates that Nigeria needs more Universities. We shall therefore continue to encourage NUC to keep strengthening its quality assurance mechanism so that as the number increases, quality and relevance to national needs are not compromised.

“In 2019, the Joint Admissions and Matriculations Board (JAMB) announced that out of over 1.8 million candidates registered for the UTME, only 612,000 were admitted in

“This shows gross inadequacy in terms of access. Private Universities have contributed to the opening up of admission space for the swelling population of candidates

“The growth of private Universities in Nigeria has created an environment for healthy competition that stimulates improvement in quality service delivery in the system.