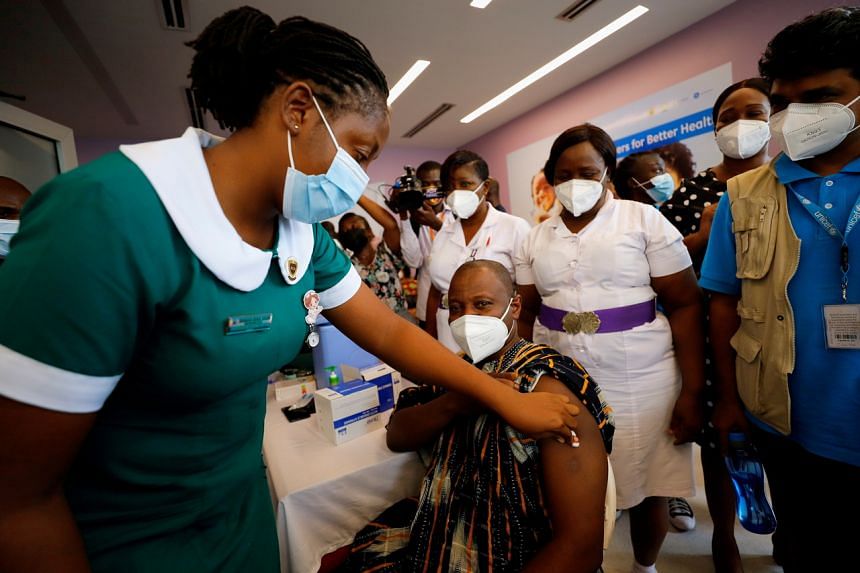 A slow rollout of Covid-19 vaccines and a lack of funding to bridge the gap between poor and rich countries could set Africa back two to five years, according to the head of the United Nations Economic Commission for Africa.
“The fact that Africa isn’t going to get vaccinated as fast is going to clearly slow growth,” Vera Songwe, the executive secretary of the UNECA, said Monday in an interview. A lack of access to vaccines that will keep barriers to travel and business in place will also slow trade and hamper investments that could set back economic growth and prevent the creation of 26 million jobs, she said.
World output is predicted to expand at the fastest pace in at least four decades in 2021. However, economic growth in sub-Saharan African, forecast at 3.4%, is set to lag other regions, according to International Monetary Fund estimates.
“It’s extremely concerning if we’re not able to close the gaps that are created,” Songwe said.
Click here to access the Bloomberg Vaccine Tracker
Poorer countries will need to deploy $450 billion to rebuild over the next five years and accelerate their income convergence with advanced economies, according to the IMF.
While some African economies may have access to funds through the $650 billion in special drawing rights that the Washington-based lender is planning to give emerging and low-income nations to deal with Covid-19 and mounting debt, a failure to secure enough money could set the continent back, she said.
Shorter Patents
Data from the Africa Centres for Disease Control and Prevention show 15 million vaccine doses have been administered on the continent with a population of about 1.3 billion people. To broaden access to inoculations and allow African countries to manufacture shots, the expiration dates for patent licenses, especially for publicly funded vaccines, should be shorter, Songwe said.
“If only the developed countries vaccinate themselves, we will have new strains that develop in the developing countries, which will eventually make their way into the developed world and we will get another wave,” she said. “This is truly a public good and we need to see how we can collectively work on it.”
A lack of access to vaccines puts Africa and its densely populated cities at risk of suffering a similar fate to India, with the nation that produces the cheapest vaccines now the global coronavirus hotspot and setting records for the world’s highest number of daily cases, Songwe said.